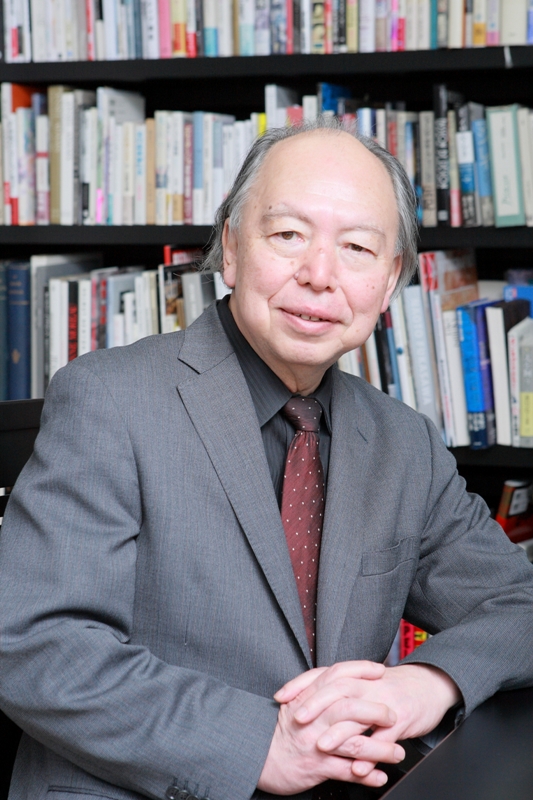 Born 1941, in Yuzhno-Sakhalinsk (former Toyohara), Sakhalin.1964, graduated from International Christian University, Department of Liberal Arts, Humane Studies.The same year, employed by Tokyo Broadcasting System Television, Inc.; TBS, assigned in the Division of TV Direction.
1970, cooperated in the establishment of the first independent production company in Japan, TVMAN UNION, INC. After producing a Japanese television program, “TRANS AMERICA ULTRA QUIZ” of NTV, and stage directing “Impressionists of Jeanne Moreau • The artists of light and shadow”of TBS and others, he becomes president of the company in 1979. After taking place as CEO of the company in 1986, the same year he becomes the planning supervisor and producer of a television program that is still being broadcasted today, “Discovery of the World Mystery”.In 1991, he takes the roll of planner producer, and stage director of NHK’s “Berlin State Museums・The Other Unification of Germany”. He was the first to make the path for external productions to cooperate with NHK. While handling television programs that deal with art and human nature, he also stands as general producer of films directed by Hirokazu Kore-eda.
2002, he becomes Chairman and CEO of the company. In the year 2004, he receives the 55th Minister of Education, Culture, Sports, Science and Technology Award. After producing films by Hirokazu Kore-eda and Miwa Nishikawa, he becomes the executive producer of “Japan International Contents Festival (CoFesta)” in 2007, and from 2010, the general producer of “CoFesta in Shanghai EXPO”, involving himself in many film-making, the music industry, culture-promoting and international projects.
He started his current career in the year 2012.